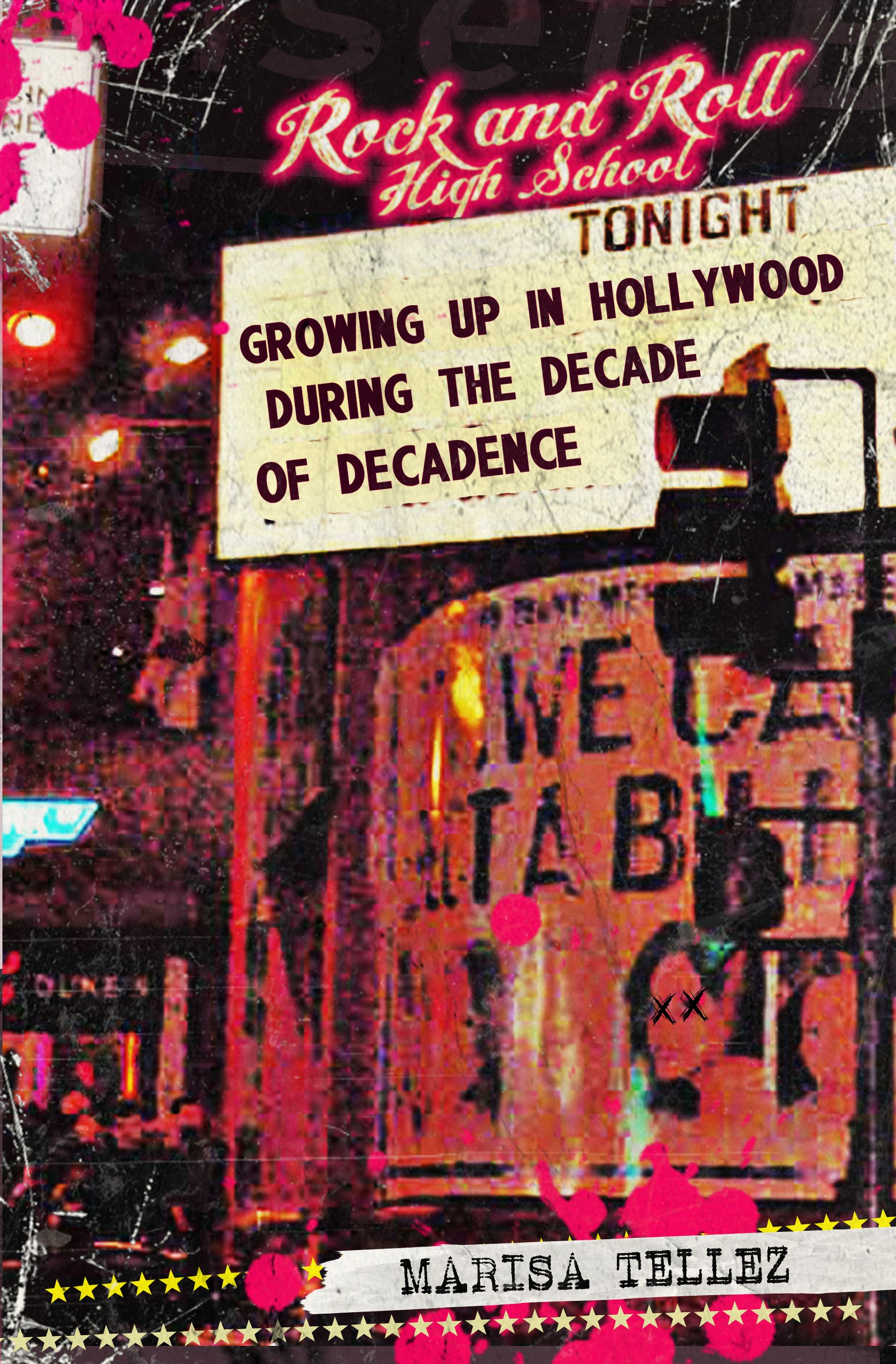 Marisa Tellez grew up in the San Gabriel Valley, which was like a perfect grid. Each tree-lined street was a direct shoot east or west, north or south. No hills, no twists, no turns.

In 1985, at the age of 12 she realized she wanted more. It was then that she discovered the Sunset Strip in Hollywood was a bustling scene of glam rock bands, local and transplants where everyone was scraping to make it in the music scene.

At 13, Marisa went to the Whisky a Go Go for the first time. By the age of 14, she was a regular at the clubs on the Sunset Strip. Being a tomboy, she was a bit unconventional for the wild, Hollywood scene. But after surviving the psychotic nightmare of her first boyfriend, she wasn’t about to conform to anyone. She was determined to create her social standing on her own terms.

Take a walk with Marisa and her friends down Sunset Blvd as she recalls what it was like being a teenager, battling through the perils of stalkers, cheating boyfriends, groupies, suicide, emancipation, arrests and debauchery during the decade of decadence.

Sign up to get the latest info on my projects and appearances!
Name
Email *